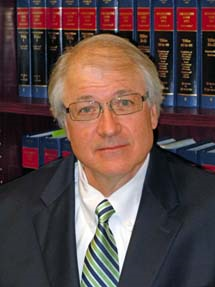 C. Kenneth Lippincott, M.D., Clinical Director at North Mississippi State Hospital (NMSH) in Tupelo has been elected to the status of Distinguished Fellow of the American Psychiatric Association (APA).  Distinguished Fellow is the highest honor the APA bestows upon members.

Distinguished Fellow is awarded to outstanding psychiatrists who have made significant contributions to the psychiatric profession in at least five of the following areas:  administration, teaching, scientific and scholarly publications, volunteering in mental health and medical activities of social significance, community involvement, as well as for clinical experience.

Dr. Lippincott has been a member of the psychiatric staff at NMSH since 1999; he assumed the role of Clinical Director in 2006.  He served as staff psychiatrist for North Mississippi Medical Center’s Behavioral Health Center for 21 years.

In describing the Distinguished Fellow, the APA states, “Excellence, not mere competence, is the hallmark of the APA Distinguished Fellow.”  NMSH Director Paul A. Callens, Ph.D. concurred that, “Dr. Lippincott is indeed an excellent clinician, administrator, teacher, and leader.  This honor is well-deserved.”